Windrush Farm is the home of Peter and Sarah Harkness. They previously kept rare breed sheep at Keresforth Hall, South Yorkshire, as a conservation project and to supply meat for family and friends.

They bought Windrush in 2012 and Ben Stayt joined as Farm Manager. Windrush Farm has since been transformed into a successful business producing quality pedigree sheep for the UK and European export markets. Windrush concentrates on British Berrichon and Beltex sheep, but the original Keresforth flock of Whitefaced Woodlands is maintained alongside the main flock as a thriving, rare-breed enterprise.

Ben was born and raised within a few miles of Windrush Farm and is the fourth generation of a Cotswold shepherding family. Ben and his father are well known on the agricultural circuit for exhibiting and judging sheep with great success.

Ben is passionate about breeding, showing and selling pedigree sheep and through his efforts and experience Windrush Farm has become a well known producer of quality sheep. 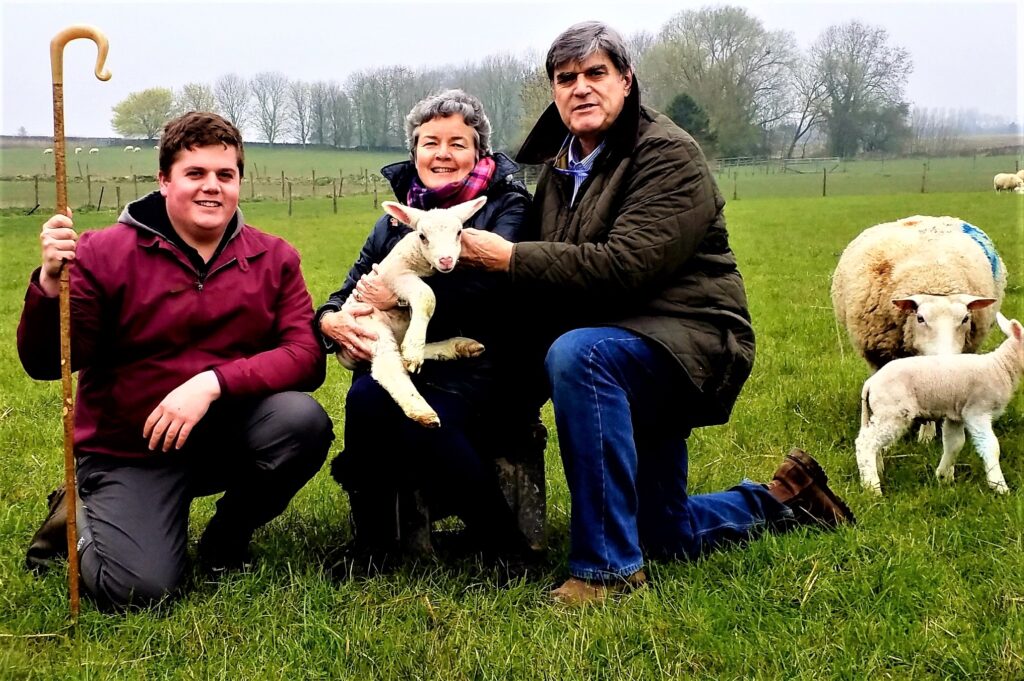 Situated in the parish of Cold Aston in the Cotswold hills above Bourton-on-the-Water at approximately 700ft above sea level, our farm gets its name from the River Windrush which rises nearby and flows down to the Thames.

The weather can be very harsh here, hence the name, Windrush. Because of this we hope that the sheep produced here are tough and hardy and have the ability to thrive anywhere in the country.

Before moving to Windrush Farm, the land had been used for arable purposes for many years, but now it has been restored to pasture with quality grass and clover leys.